Your Child Is Struggling. Could Your Marriage Be to Blame? 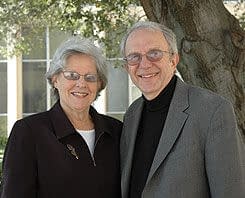 Well-documented research cites trauma, socioeconomic status, education, peer effects, parental bonding, nutrition, and sleep habits as clear contributors to a child’s overall health outcomes. But one unique area of research — and one not often addressed — has shown that the role of the parental couple’s relationship also has a hugely significant effect on the health of their children.

Both born in Toronto, Drs. Phil and Carolyn Cowan are both professors emeritus at UC Berkeley. When they began their work in the 1970s, there was no research on the role of the couple relationship on the outcomes for children’s health or overall adjustment. And many child therapists did not even allocate regular time to seeing parents at all. There was a fair bit of research on parenting — as well as John Bowlby’s pioneering work on attachment theory — but nothing that looked at the couple’s dynamic, in and of itself, as a cause for a child’s emotional health.

The Cowans’ research considered this dynamic. They noted that marital satisfaction and happiness decline after having children, and surmised that this decline adversely affects their children’s wellbeing. (The decline in marital and personal happiness in parenthood is well documented. Many couples never regain their pre-child levels of satisfaction with their lives, or perhaps not until the children leave home, and by then divorce has often intervened.)

The Cowans devised an intervention: a 16-week peer couples’ group, facilitated by clinically trained co-leaders. Two similar group interventions were designed. Each provided a similar curriculum, but with a different focus. After the unstructured opening segment of each week, the curriculum then focused on either (1) improving the couple’s wellbeing as a couple or (2) improving their parenting skills.

The most impressive gains resulted in the first group: Couples maintained (though did not improve) their previous level of satisfaction with their marriage. Other significant improvements did occur in the second group: fathers’ parental participation rates, children’s academic performance, and the parental relationship as it related specifically to their shared parenting.

To be more specific, both groups showed improvement, but the group that focused on the relationship between the parents talking about their own issues showed superior results, especially in supporting their children’s social and academic achievement. While the parenting-focused group did help with parenting, the relationship-focused groups did both that and also affected the quality of the relationship between the parents. (A surprising bonus came when the researchers discovered an unintended consequence: Overall, the families also increased their income.)

Over subsequent years, the Cowans have validated that initial finding: Maintaining marital and personal satisfaction and reducing couple conflict creates a huge benefit for the mental health of families and their children. The emotional challenges of having children are well known; we all know that having young or adolescent children in our lives — while very much worth the pain — is indeed often a pain! Never before has a research project looked at the toll this change can take on parents’ mental health and marital health, and then intervened with treatment intended to reverse the damage this inflicts on their children.

The intervention trials originally were conducted with working- and middle-class couples, but in the last two decades, in collaboration with Marsha Kline Pruett and Kyle Pruett, they have shown that the same curriculum and format leads to positive results for parents and children in more than 1,000 ethnically diverse low-income families.