When your child is the bully: Tips for parents 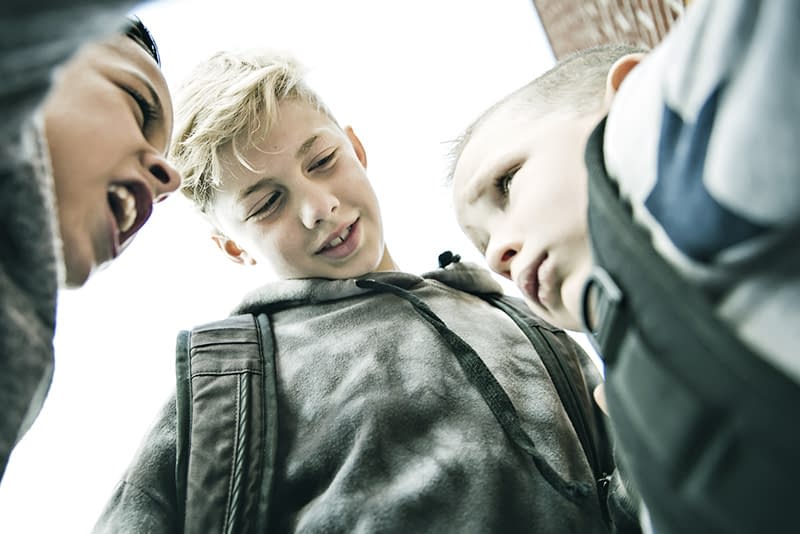 It’s bad for children’s health, makes headlines, and defies most attempts to prevent it. Bullying has become the “big tobacco” of the 21st century.

What can a parent do when their child is engaging in behavior that’s condemned by nearly everyone? We talked with Dr. Peter Raffalli, a neurologist and director of the Bullying and Cyberbullying Prevention and Advocacy Collaborative at Boston Children’s Hospital, about kids who bully other kids and what parents can do.

What are parents of bullies up against?

The first challenge for parents is actually believing that their child is bullying other kids. Contrary to popular belief, bullies are often good-looking, popular kids. Adults often consider them role models for other kids. The myth that bullies are rough, insecure thugs can make it very difficult for parents to believe their popular, confident child is bullying others.

Bullying is a series of mean acts carried out against a single person repeatedly over time. Bullying behavior may include:

The next challenge parents face is getting their child to talk about their behavior. Often, when confronted, bullies become defiant. They roll their eyes and refuse to answer questions. They may insist that what they’ve been doing is not bullying or that the other kid deserves it.

Understandably, many parents of bullies don’t know what to do to change their child’s behavior. We know that punishing them does not work. Schools can suspend bullies, parents can ground them, but as soon as the punishment ends, the bullying starts again, sometimes worse than it was before. This is why in the bullying clinic, we recommend a therapeutic, rather than punitive, approach to bullying.

What motivates kids to bully other kids?

Some kids bully out of a need to be the top dog at school or in their social circle. They pick on kids they perceive as weak — kids who are shy or ‘different’ or don’t have a lot of friends. No matter what sets their victims apart, kids who bully have more power and use bullying to maintain it.

Sometimes kids who bully have a neurodevelopmental disorder like attention deficit and hyperactivity disorder (ADHD). They have trouble handling frustration and controlling their impulses. Ironically, this can also put them in the sightline of other bullies, and many kids with ADHD are both bullies and bullied by others, in other words, bully-victims.

For other kids, the root of the problem is at home. We see kids in the bullying clinic who witness abuse between parents or are being abused by a parent or sibling. They then repeat this behavior at school, except they’re the ones abusing their peers.

Continue reading the rest at answers.childrenshospital.org