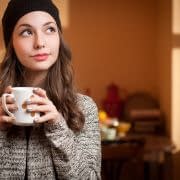 Behavioral economics uses an understanding of human psychology to account for why people deviate from rational action when they’re making decisions. Traditional economics takes for granted that people have unlimited resources and time and always end up making the rational choice. American economist and cognitive psychologist Herbert A. Simon came up with the theory of bounded rationality, which explains how people’s rationality is limited by the timeframe, by their cognitive resources, and by the difficulty level of the decision. Simon said that decision-makers frequently act as satisficers, seeking a satisfactory solution instead of an optimal one.

Nobel Prize-winning cognitive psychologist Daniel Kahneman (who also came up with fast and slow thinking systems) and Amos Tversky developed prospect theory, which shows how irrational decision-making is informed by clinical psychology. Prospect theory has two stages: an editing stage, where heuristics or mental shortcuts are applied in risky situations, and an evaluation stage, where psychological principles like loss aversion and reference dependence are used to analyze risky alternatives.

These theories and a better understanding of irrational decision-making inspired further developments in behavioral economics. American economist and Nobel laureate Richard Thaler outlined mental accounting as the process by which people code, categorize, and weigh economic outcomes. Thaler also developed nudge theory to explore how people’s choices can be influenced (aka “nudged”) by individuals and organizations taking advantage of framing and heuristics.

Traditional economics explains how people make decisions when they have all available information and can take the time to think rationally about their options. However, real-world choices are often limited by deadlines, uncertainty, and risk, leading to behavior that may seem irrational out of context. Behavioral economics offers insights on how people can make better decisions given these constraints.

Besides providing deeper insight into what motivates human behavior, understanding behavioral economics can help people exercise greater self-control and develop healthy habits (e.g., exercising more or drinking less). Often, thinking more about their future self and long-term goals can help people make better decisions and not give in to harmful impulses and addictions.

Instead of making optimal choices, people often behave in ways that seem irrational and even against their own interests. Behavioral economics explains why individuals may make irrational choices by demonstrating how their decision-making is influenced by:

What’s more, many decisions must be made under conditions of great uncertainty, where not much is known about all the risks and benefits of a choice or where those features are constantly shifting. Behavioral economics aims to understand the effects of uncertainty on decision-making in such realms as consumer purchasing, financial savings, and lifestyle changes.

A knee-jerk bias involves making fast, instinctive decisions instead of taking time to deliberate. With Occam’s razor bias, a person assumes that the most obvious solution is the best. A silo effect takes a too-narrow approach to making decisions. Confirmation bias focuses on information that affirms a given set of beliefs and assumptions. Individuals may also succumb to inertia bias—thinking and acting in ways that are familiar and predictable—or myopia bias—interpreting the world through the narrow lens of their personal history and emotional baggage.

To preserve cognitive resources, people may use heuristics to inform their decision-making. However, these mental shortcuts, often based on generalizations and subjective experience, may be limited or faulty. As a result, people make decisions based on imperfect information and lazy thinking that are just as likely to be wrong as they are to be right.

How Can You Influence People’s Behavior?

Many people are inclined to choose an option that brings instant pleasure, rather than the one which will beget long-term satisfaction at the expense of short-term gratification. Using behavioral economics, individuals and institutions can take advantage of this to manipulate people into a specific course of action or purchase.