The Life-Changing Magic Of Having “Good Parents” 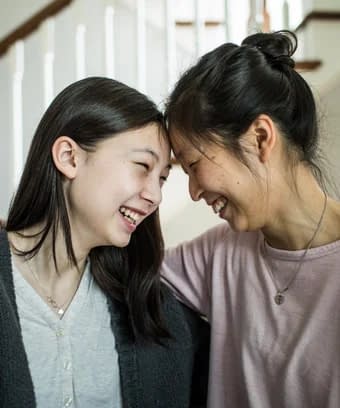 One day, when I was a teenager, my mom and I were driving down the highway listening to a playlist I’d made on my iPod, moving easily from one conversation topic to another, as we always did — and still do. This wasn’t a particularly special day; it was just another day for us — we were always going on drives or taking road trips together. On this day, though, she suddenly looked at me, and said that she wished she’d had moments like this as a daughter. She said she could never have imagined going on drives with her mother, enjoying music together and talking like friends. She didn’t mean it in a “you should be grateful for your life” kind of way, because she’s never been that person. She was just wistful. It was the first time I consciously reflected on the idea that maybe the way my parents treated me, and the way we related to each other, was not the way they had known their own parents — and they weren’t alone.

Honestly? I’m not sure who I would be if my parents had been different and if our relationship to one another hadn’t been what it was. Maybe I would still essentially be me. But would the trajectory of my life, the road to finding peace and contentment with who I am and where I am, have been a lot bumpier?

It’s hard to make sweeping statements or what-ifs about my life. Obviously, there are plenty of great, happy adults who had bad parents. There are also awful, unhappy adults who had good parents. It’s not something you can tell just by talking to someone, and that relative invisibility is partly why I want to talk about it, because, just like generational wealth, having good parents is a kind of hidden privilege. It’s not a privilege in the sense that people who have good parents should feel like they’ve gotten something over and above what they deserve, as could be said about, say, inheriting a massive trust fund. But while every child should have caretakers who love and support them unconditionally, it’s still a privilege in that it’s a big leg-up in life. And, unlike with a large inheritance, having good parents is the kind of benefit that you might carry around unwittingly, or giving much thought to how hard things might be if shittier people had raised you, something over which you’ve never had any control. While we choose friends, partners, other significant people in our lives as adults, our parents, of course, are a life-changing roll of the dice.

Of course, even though my parents are good, they are also imperfect people, just as I’m their imperfect daughter. Growing up, I went through peaks and valleys in my relationships with both of them, and there was plenty of fighting. When the three of us — I’m an only child — are under the same roof, we still fight, round robin-style so no one feels left out. They don’t have flawless personalities or always make the right decisions. But, having a serene, easy relationship isn’t the only criteria I’m using for good parenting. So, what makes a good parent a good parent, then?

According to psychotherapist Dr. Dana Dorfman, it’s not about saying and doing the objectively right thing every single time. In fact it’s not something that can be fully intellectualized at all — instead, she describes what good parenting might feel like to a child. “Almost through the cells of their body, they’re taking in the experience of being loved, being appreciated, of being nurtured, of being supported, of being soothed,” she says. It creates an aura of safety, the emotional equivalent of being wrapped in a snug blanket. And, it lasts.

In fact, it’s the unconditional aspect of this kind of love that’s the reason why I’ve never worried that my parents’ support for me could be dimmed by something I did or didn’t do, for example. Even through our worst, angriest fights, the ones where I — being a typical teenager — vowed that I would never speak to them again, it never occurred to me that they might withdraw a fraction of their affection if I kept up my rebellion. Conditional love, on the other hand, dangles affection and respect like a carrot on a stick in exchange for the “correct” behaviour. It’s a love so contingent on externalities that it provides no security at all.

The pain and impact of conditional love can be significant, explains Dorfman. You might internalize that “your true authentic self is not lovable, not acceptable,” she says. “A lot of times people just hide parts of themselves — but those parts of themselves need expression. [Hiding it] can only be sustained for so long. It increases the chances greatly that they will experience anxiety, depression, [and] physical symptoms.”

One of the major behavioural science “breakthroughs” of the mid-20th century was psychologist Harry Harlow’s work in showing that baby rhesus monkeys crave comfort and affection from their caretakers, not just food. It might seem obvious today, but the prevailing school of thought when Harlow began his research was that affection wasn’t necessary in child-rearing, and that, in fact, too much could produce weak, overdependent children. The thinking was that babies attached to their mothers solely because mothers gave them food, and not because parents provided essential comfort. Harlow’s experiments, showing that the baby monkeys preferred the company of fake mothers covered in soft cloth who didn’t offer food over fake mothers made of wire who did offer food, were instrumental in the shifting view of parental affection — a social change for human babies achieved through cruelty to young monkeys, who were deprived of affection and socialization and in many cases became depressed.

Continue reading the rest at www.refinery29.com