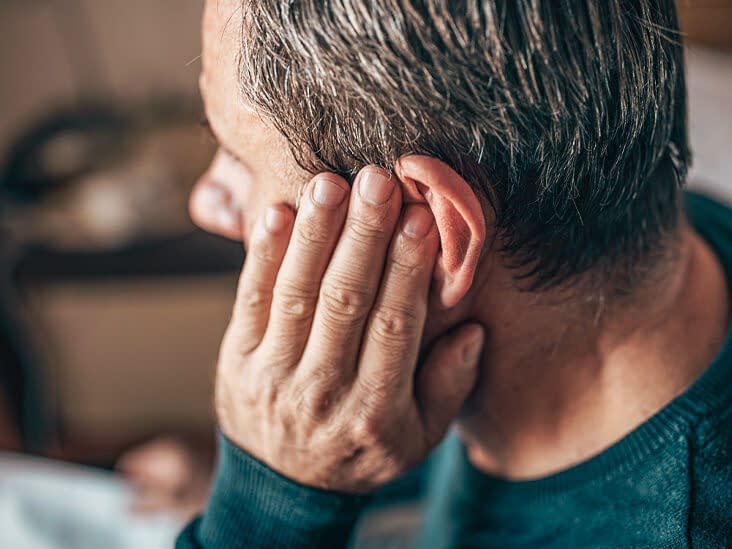 This can make it difficult to carry out daily tasks in common environments, such as chores at home or workplace responsibilities. In turn, you might try to avoid social situations that could lead to anxiety, stress, and social isolation from exposure to noise.

About 8 to 15 percent of adults have hyperacusis. This condition often affects people who have tinnitus, or ringing in the ears.

Read on to learn more about the symptoms and potential causes of hyperacusis. We’ll also cover treatment options and how each one works.

Hyperacusis is a low tolerance for sound in one or both ears. It’s also known as an increased sensitivity to sound.

The condition affects the way you perceive loudness. It makes ordinary sounds, such as car engines, seem extremely loud. Even your own voice might seem too loud to you at times.

The perception of excessive loudness may cause pain and irritation, resulting in high levels of stress. It can also make it difficult to be in public settings like work or school. This can lead to:

Adults are more likely to develop hyperacusis since aging is associated with this condition. However, it can affect children, too.

Severe symptoms can include:

In children, discomfort due to hyperacusis may cause symptoms like crying or screaming.

It’s worth noting that hyperacusis is different from phonophobia — the fear of loud sounds.

Hyperacusis affects the way you hear sounds. Phonophobia is a psychological condition that involves an emotional response to sounds. It doesn’t involve auditory issues.

However, hyperacusis can lead to phonophobia due to the perceived excessive loudness of certain sounds, so the two conditions may appear together.

Possible causes of hyperacusis include:

Continue reading the rest at www.healthline.com

Many children with autism struggle to find the words to express how they feel. But when it comes to music, it’s an entirely different situation.

Evidence suggests children with autism may enjoy music and show an early desire for music education .

I am a mother to three young adult sons with high-functioning autism. I got them involved in music from a young age, and they learned to communicate their emotions by playing bassoon, French horn and baritone. As a doctoral student and music teacher, I have seen the emotional transformation from music happen in both my music classroom and my home. I’d like to share what I have learned. The backstory

From 2003 to 2018, I owned and operated the Center for Education School of the Arts and Sciences in Tampa, Florida. It was a K-12 school of the arts for students with learning and developmental disabilities.

Everyone in the school was required to join a music group, such as concert band, musical theater, jazz band or chamber ensemble. They all studied in private lessons on their instruments with me, as the school’s music teacher. I saw what I believe to be incredible musical and emotional growth in students with autism after they began to study music.

For example, there was one student who was unable to speak but could hum melodies. I gradually realized that she hummed different tunes for the emotions she was feeling, even though she couldn’t communicate them verbally. Her eyes always matched her emotions as she hummed the story she couldn’t tell.

Another student with Asperger’s disorder took private piano and composition lessons with me. He could talk, but he couldn’t explain how he felt. On days he felt sad, he played a piece of music he had composed to express it. Likewise, he had composed pieces for happy, angry and lonely.

Continue reading the rest at theconversation.com