An estimated 1.6 billion children in 190 countries – approximately 90% of the world’s children – have been affected by school closings during the ongoing COVID-19 crisis. The pandemic altered daily life in countless observable ways. Stores and restaurants stood empty; employment layoffs proliferated; lines at food banks stretched; Zoom use soared; and in addition to being out of school, many children were on lockdown, confined to their homes for extended periods of time.

Dismantling the routines that are a stabilizing force for kids, school closings also deprived children of the basic supports that schools provide, including organized recreation, face-to-face contact with teachers and friends and the mental health resources 57% of the kids who need care rely on.

Tests will tell how severe the impact on academic learning has been. But currently, there is more concern about a less tangible outcome: the disruption to children’s socio-emotional development. Social and emotional learning (SEL) refers to how children think, feel and act. Around the globe, researchers have looked at children’s mental health as they react to the adversities they experienced in the year of COVID-19.

Study after study conducted during the pandemic found signs of psychological distress in young children and adolescents. In May 2020, Save the Children reported that phone-based and online surveys of more than 6,000 children and parents in the U.S., Germany, Finland, Spain and the U.K. showed children dealing with anxiety, boredom and fear. Statistics revealed that 49% of children interviewed in the U.S. said they were worried; 34% admitted to feeling scared; 27% felt anxious. Findings from 60 children in Nicaragua and 68 in Indonesia were similar.

An online questionnaire administered to 359 children and 3,254 adolescents in China found nearly a fifth had scores indicative of clinical depression compared with just 13.2% before the pandemic. In Spain and Italy, researchers questioned 1,143 parents to assess the emotional effects of the quarantine on children. A strong 85% saw changes in their children’s emotions and behaviors. From most to least frequent, they saw difficulty concentrating, boredom, irritability, restlessness, nervousness, loneliness, uneasiness, and worries. The isolation necessitated by the pandemic deprived many children of the social interactions through which they learn to connect, share, negotiate, resolve conflicts and build resilience and coping skills. Loades and colleagues reviewed past studies and concluded that social isolation and loneliness can increase the risk of depression up to nine years later.

A paper published in the Early Childhood Education Journal in April 2021 explored the impact of the pandemic on children below the age of 5. The findings were consistent with those from Save the Children. Parents noted the behaviors their children exhibited during COVID that differed from their usual conduct. A formerly outgoing 2-year-old who had before COVID loved being with friends began clinging to her mother and being very cautious when seeing someone outside her home. A 5-year-old runs inside and hid when the doorbell rings.

Continue reading the rest at evanstonroundtable.com 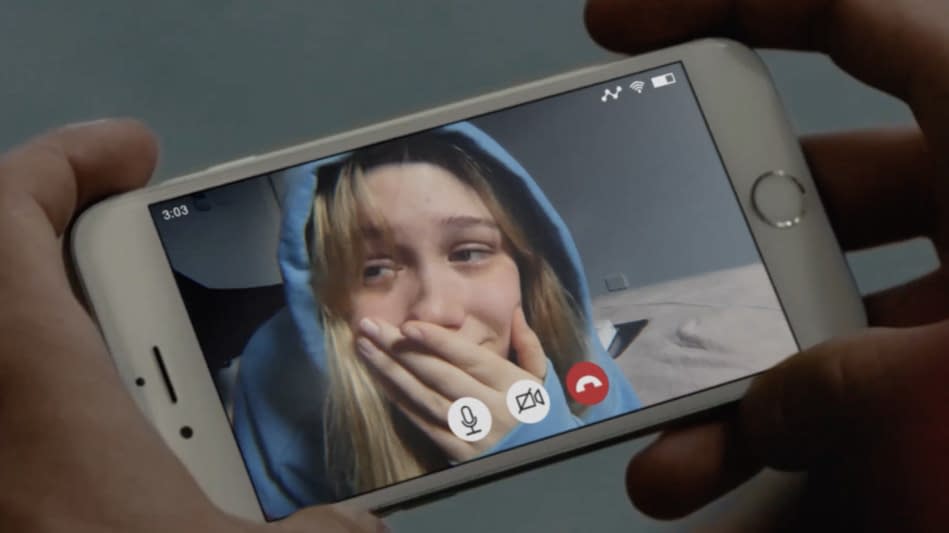 Staying in a bedroom for 20 hours a day. Being constantly plugged in online. These are just a few of the stressors that youth have faced over the last year due to the pandemic, leading to heightened anxiety and depression, among other new or worsening mental health struggles. This emotional situation can give rise to various forms of youth violence — not just shootings, but also suicide and self-harm.

News. Social media. Online classes. Teenagers are plugged into bad news and challenging learning environments. Social media, which can be a positive place to connect, may spark feelings of isolation and low self-esteem. Learn how to help them unplug by knowing the signs at https://www.sandyhookpromise.org/how-to.

The kids are not alright. Learn the warning signs to prevent a tragedy. Tweet this To help adults better understand the “powder keg” of turmoil threatening the lives and well-being of kids right now, Sandy Hook Promise released a new PSA campaign today, ” The Kids Are Not Alright. ” Created with BBDO New York, this series of three short videos reflects the anxiety, isolation, pressure, boredom, and incessant information overload that teenagers are experiencing. It is a national call to action for parents and other caring adults: learn the signs of a child in emotional distress and get help before it’s too late.

“We may think kids are resilient, but the truth is — the kids are not alright,” said Nicole Hockley, co-founder and managing director of Sandy Hook Promise and mother of Dylan who was killed in the Sandy Hook Elementary School tragedy. “More youth are struggling with mental health issues and heightened depression and anxiety as a result of the pandemic. And it’s our responsibility to listen to them, support and protect them.”

Recent studies show more than 70% of teenagers are struggling with mental health concerns, and one in four has considered suicide. Suicide is now the second-leading cause of death among teenagers — and these tragedies can be preventable.

Even as we begin to reopen, we’re a long way from going back to normal. When schools reopen in the fall, social distancing will still be required. Students will have to deal with the stress of a new school year combined with adapting to the new school environment. Many will be returning to school after suffering the death of a loved one during the COVID crisis. Their stress will continue to mount and those who already suffered trauma will be at even greater risk of suicide and self-harm.

Research groups are predicting that there will be more “deaths of despair” related to drugs, alcohol, and suicide, as we continue […]

Continue reading the rest at www.prnewswire.com