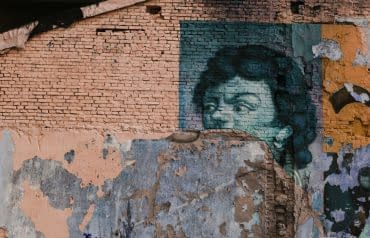 One time when I took a bus home, the front row was seated with a pair of little brothers who might only be first and second grade students, and their mother. There is the walkway between the mother and the two children. The two little boys had a lot of fun, and their mother wanted to stop them from playing and making noise, so she gave them a verbal warning. The children did behave themselves, but after a while they began to continue playing. Then the mother slapped the younger son on the arm out of blue. Because the younger brother was wearing a thick down jacket, when he was beaten, the slap itself sounded very loud. The two little boys immediately sat obediently and did nothing, and the beaten son looked very aggrieved and seemed to feel a little embarrassed.

When I was a child, my mother would also use this kind of strategy to teach me and my brother a lesson. I also grew up like this, and many of my friends who are about my age also grew up like this. Even my friends in their twenties, many people agree with the principle that “kids who don’t behave well should be punished.” But the funny thing is that they are not majoring in education or psychology and counseling. XD

Last time we discussed how to reward children so that they cannot forget their original intentions, tips for not making them try hard for the rewards and give up when there is no rewards. This time let us talk about proper ways to discipline kids, instead of using physical violence. In the following, we will start with the easy-to-operate method for parents and continue to introduce more complicated methods.

(1.) Use your words: This method is the simplest and most familiar to everyone, but many times parents will do this in a non-specific manner, just saying “you’re such a bad kid!” but they don’t say what is the reason why they are bad kids, or thinking that the child can read minds and scold the child in a roundabout way, but the child doesn’t understand whether you want him to stop doing one particular thing or do a certain thing. Sometimes, the purpose of this method will turn into expressing the anger, it turns out to be holding the kids to be responsible for their emotions, causing emotional blackmail instead.

(2.) Time out: Let the child temporarily leave the environment where he can have fun(the place provided with many stimulations and entertainment to the kid), or pause the activity that makes him/her feel happy. It can be done in a place where there are no toys and any stuff that’s entertaining (like tv) at home, and you just ask the child to sit for a few minutes quietly. And confiscating toys is also one of the means of time out.

You must clearly point out what the child did is the reason why he/she needs a timeout. You can set the time to 3 minutes. And when the child resists or doesn’t want to cooperate with you, you need to tell him/her if he/she keeps refusing to comply, the timeout will take longer. And you must execute it firmly.

(3.) Restitutional overcorrection: When a child leaves trash everywhere in the house and does not throw it away in the trash can, you ask him/her to clean up all the litter and other trash in the home. This is the so-called restitutional overcorrection. It means that the child should correct the things that were not done well, and then complete other tasks related to this matter, to learn to use better behaviors to replace the original unwanted behavior. This way you can let your child know that he/she is responsible for the actions and that he/she will have to pay the price for doing something wrong. Like I’ve seen a meme before, it’s a cat that tore off all the toilet paper rolls in its house, and the owner grabbed its two feet, gathered the scattered toilet paper together, and tidied the bathroom by the way. The concept is quite similar.

These methods have their own advantages and disadvantages. For example, the advantage of using the words is that it is efficient, but it may have counterproductive effects in certain situations, such as making kids feel happy that they have attracted the attention of some adults; Restitutional overcorrection is time-consuming, you have to wait for your child to restore the messed up thing and other stuffs; timeout is not a punishment for some children who can get immersed in the world of daydreaming. The conclusion is that each method is just a strategy, a tool, and each child is an independent individual, and you also have your own unique philosophy of parenting and understanding of your child. You can think more and see if the way you usually deal with your children’s unwanted is effective, and whether you need to make some changes. 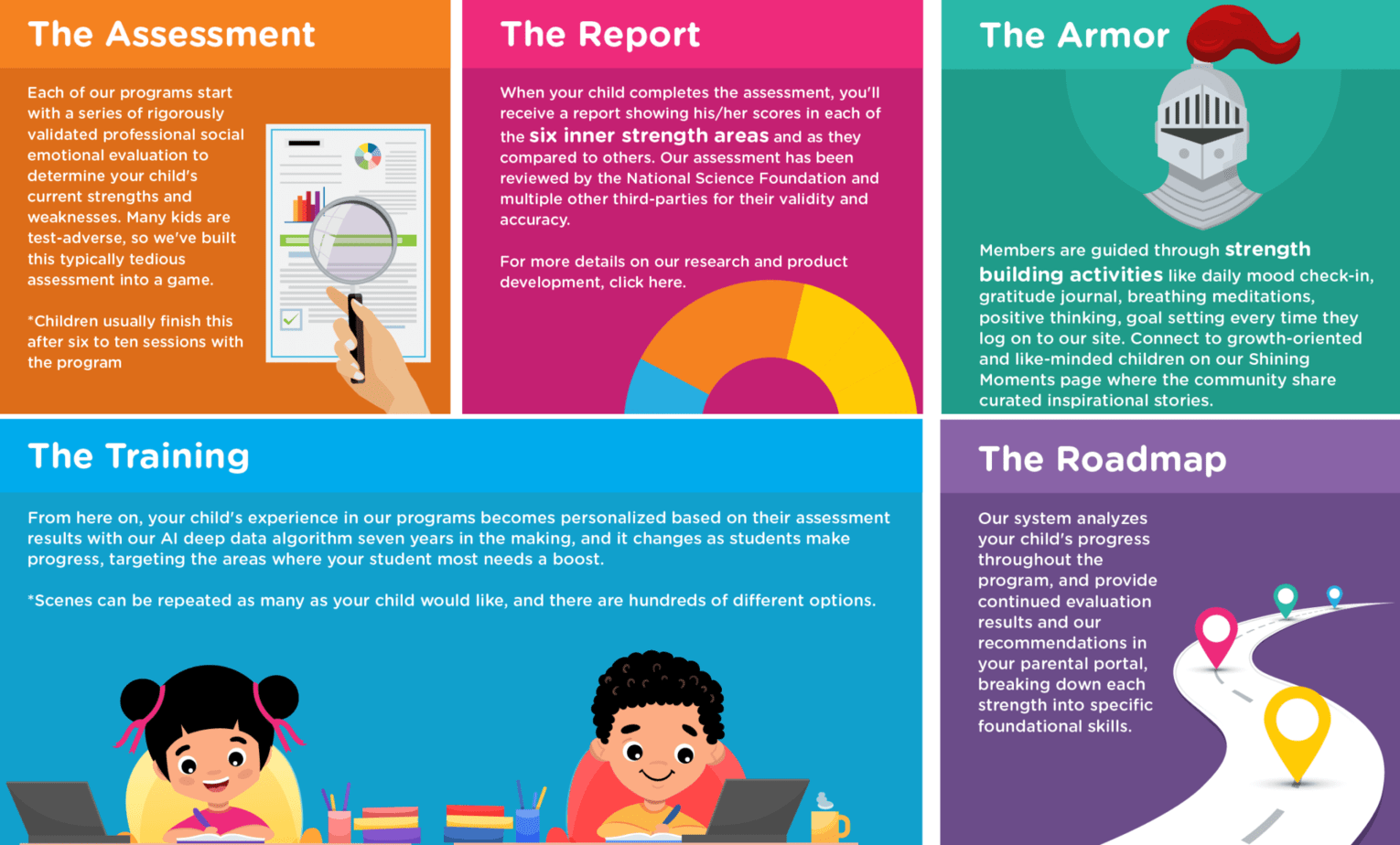 curaFUN, a youth-centered organization for native Chinese, American-born Chinese, and overseas Chinese worldwide, announces its gamified subscription programs for emotional development and wellness for children aged four to 11. Subscriptions include interactive activities that teach children social and emotional life skills in both English and Mandarin Chinese.

More details can be found at https://www.curafun.com

The newly announced subscription service aims to develop well-rounded and globally competitive children who are proficient in both English and Mandarin Chinese. The virtual programs use gamified activities and real-life interactions so that children become comfortable in speaking and interacting with their peers in both languages. The activities are offered in English only, Chinese only, and English and Chinese options.

Understanding and speaking in more than one language has many benefits. According to the latest financial reports, bilingual workers earn as much as 20% more than those who can only speak one language. Further, neuroscience research has found that the brains of bilingual and multilingual people have stronger brain connections.

curaFUN developed its emotional wellness games to further the educational programs available for Chinese who want to improve their English skills as well as English speakers wishing to perfect their Chinese. Their programs train children to develop social competency which helps them interact with their friends in either language.

The subscription program features 23 – 30 progressive levels and more than 20 hours of gameplay. The online A.I. powered games cultivate a growth mindset in children, teaching them leadership skills and building their emotional wellness. The program is recommended for children in pre-kindergarten through Grade 5.

curaFUN emphasizes that its program builds on existing educational offerings that are solely focused on building subject-specific knowledge. They say that children need to strengthen both their IQ and EQ to become well-rounded and competent adults.

The program may also have therapeutic benefits in the early detection of ADHD, anxiety, and autism.

“To thrive in life, your child must possess a solid foundation of social-emotional skills that empower them to learn and connect,” the organization writes. “Children also get a head start on leadership insights and negotiation tactics.”

curaFUN, a nonprofit promoting inner strengths and multilingualism in children of Asian communities, has launched a creative writing contest featuring inspirational stories for the youth.

curaFUN, a US and Taiwan based nonprofit dedicated to the emotional and mental development of children in Asian communities, has launched a multilingual inspirational writing contest for youths ages 6 to 18.

More information can be found at https://www.curafun.com

Dubbed “Shining Moments”, the writing contest aims to provide kids with a positive and inspiring environment amid the challenges they have been experiencing over the past year.

Participants are asked to share stories of moments, whether their own or someone else’s, when inner strength triumphed. curaFUN hopes the stories will inspire other kids to act with the inner strengths of cooperation, self-discipline, communication, resilience, empathy, and multilingualism.

The entries may be written in any language. However, an English translation, whether done manually or through a translation app, has to accompany any entry written in a different language.

Contestants get the chance to win a cash price of $100 USD, which can be redeemed via a Visa gift card, or a gift card from a popular merchant.

Entries may be posted at the Shining Moments page https://www.curafun.com/shining-moments and may be “liked” and commented on. The story with the most number of likes by 1:00 pm PST on April 15, 2021 will be the winner. A leaderboard will be posted on the Shining Moments website starting in March.

According to a spokesperson for curaFUN, “The past year has challenged most families more than anyone could have imagined. We’ve also witnessed that words are powerful, in both positive and negative ways, and we can decide how we use that power.”

Individuals over 18 years, as well as those who prefer not to join the contest, may also share their own stories on the Shining Moments page to contribute to curaFUN’s message of positivity and to encourage the development of inner strengths in everyone, particularly the youth.

curaFUN offers evidence-based programs aimed at building inner strengths and developing multilingualism, particularly English and Mandarin Chinese, in youths of Asian communities around the world. The nonprofit’s founders believe success in life can only be attained by a good balance of EQ (Emotional Quotient) and IQ. The programs are available on subscription basis in English and Mandarin.