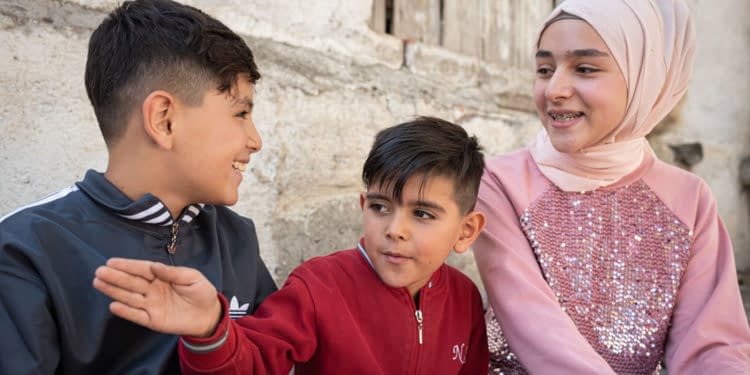 In the last decade, over 5.5 million refugees have fled Syria to escape civil war, making it the largest refugee crisis in the world. Study authors Gustaf Gredebäck and his colleagues note that the severe hardships faced by refugees have left many of them with symptoms of post-traumatic stress disorder (PTSD). The researchers were interested in studying how PTSD among refugee parents might influence the psychological development of refugee children, given that parental stress has been found to negatively impact children’s social cognitive development.

“The tragedies of the Syrian war and the hardship of refugees from this conflict is something that many of us carry with us, but it is not always clear what we as researchers can do to help. This is our first attempt at making a contribution,” Gredebäck, a professor of developmental psychology at Uppsala University, told PsyPost.

In their study, the researchers investigated 100 Syrian refugee families living in Konya, Turkey — a total of 174 adults and 220 children. In their homes, both adults and children completed a range of experimental tasks including an emotional processing task. The task presented participants with a series of faces and asked them to identify the emotion being expressed in each face (anger, fear, happiness, sadness, or neutral). Parents additionally completed a questionnaire that measured their demographics, migration history, risk factors, social environment, discrimination, and history of traumatic events. The questionnaire also included a post-traumatic stress (PTS) assessment that measured the presence of disturbing memories and the tendency to avoid reminders of a stressful event.

The results revealed that the prevalence of PTSD among parents was high — according to scores on the PTS questionnaire, 81% of mothers and 71% of fathers met criteria for a PTSD diagnosis.

Gredebäck and his fellow researchers next conducted a statistical analysis to investigate the interplay between parents’ PTSD symptoms, parents’ traumatic past, and children’s emotional processing. The results revealed that children’s emotional processing scores were negatively related to mothers’ post-traumatic stress scores — mothers with higher post-traumatic stress had children with lower emotional processing abilities. This was even after controlling for history of trauma, suggesting that the observed effect was not driven by the mother and child’s shared experience of trauma.

Remarkably, as a mothers’ PTS symptoms dropped by one point on the scale, a child’s emotional processing scores increased by the equivalent of one year of development. By contrast, fathers’ PTS symptoms were not significantly related to children’s emotional processing scores, perhaps because mothers tend to play a more influential role in the development of children.

Continue reading the rest at www.psypost.org