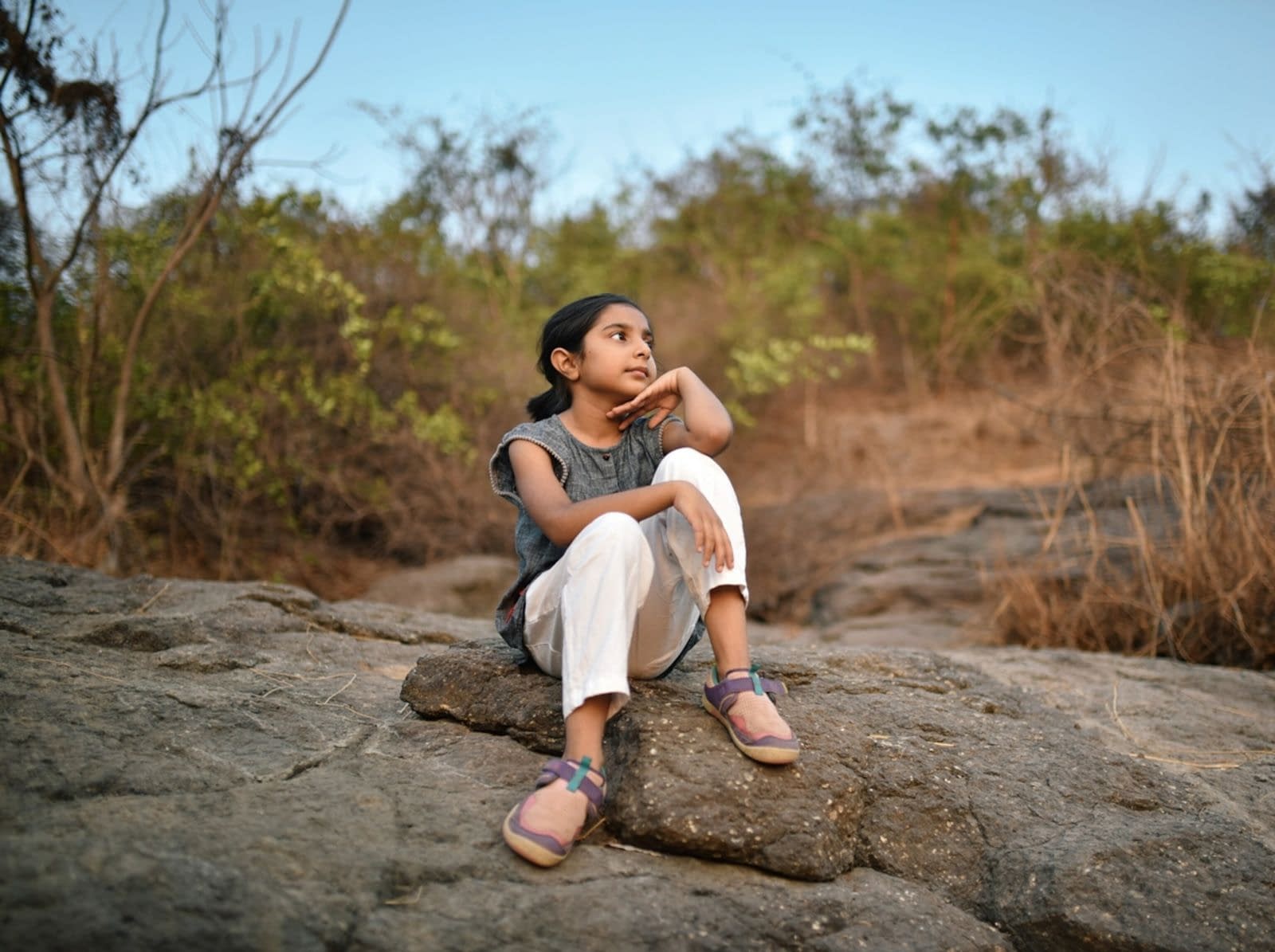 Amy Carson’s four-year-old daughter is ignoring her—and she doesn’t mind one bit. Pushing Isa in her pram, Carson is opting for a walk instead of a drive after a playdate to give them both a break from the thrum of life. The 15-minute soundless sojourns make a big difference.

“This silent time is really helpful for Isa after an outing,” Carson says. “She’s calmer watching the world go by while resting her head against the stroller than after a car ride, where we typically talk or listen to music.”

Any parent will tell you that that silence is golden in the orchestra that is family life. But it can also be good for a child’s mental health.

Silence works like a buffer between external stimuli and emotional processing. In other words, the lack of noisy distraction can help kids’ brains better understand the world around them. And in fact, multiple studies have shown that silence might boost feel-good oxytocin levels and therefore decrease stress, help focus and streamline thoughts, and promote a general calmness that allows their brains to learn to regulate their emotions.

“Children need an opportunity to strategically and safely disengage from a complex social world, step back, assimilate, and build a story of who they are,” says Mary Helen Immordino-Yang, professor of education, psychology, and neuroscience at the University of Southern California.

Of course, children and silence don’t exactly go together. One study published by a team of researchers at the University of Virginia and Harvard University showed that college students would rather administer a minor electric shock to themselves than sit in utter silence for 15 minutes.

“Life, especially with kids, is full of sensations and motion,” says Meghan Fitzgerald, co-founder and chief learning officer at Tinkergarten, an early education program focused on outdoor learning. “Anyone who has worked with children knows that asking for total stillness or silence is futile at best.”

Luckily, you don’t need to force kids to sit mutely in a corner to get the benefits of silence. Experts say quiet time—fusing soundlessness with calming activities like puzzles or painting—works just as well. Likewise, daydreaming can act like a staycation for children’s thoughts. Even focusing on calming sounds, like nature or hums, can centre children.

Basically, adding a daily dose of silence into a child’s life by creating pockets of low-volume space is like giving them a mental health multivitamin. Here’s how to get started.

The science behind the silence

For kids, silence is more than a mental time out. “A child needs silence to stay sound,” says Eric Pfeifer, professor for aesthetics and communication at the Catholic University of Applied Sciences in Freiburg, Germany. “It’s highly important to a child‘s development. Just imagine an orchestra and all its musicians playing non-stop without a pause. It would be an unbearable cacophony.”

Basically, silence minimises distractions, which helps children relax. And relaxation helps activate the brain’s hippocampus, which is important for building memories that support life skills like decision-making and empathy. As a result, during silent moments kids can streamline their thoughts, make sense of their emotions, and rewire their stress response.

Continue reading the rest at www.nationalgeographic.co.uk