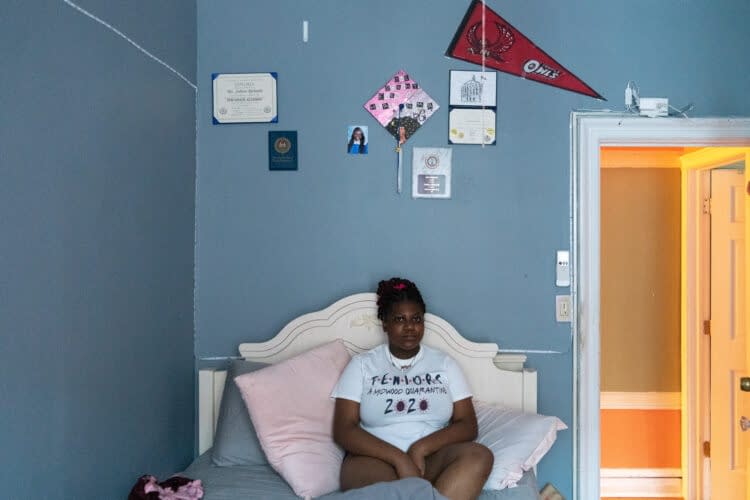 Anxiety and depression are increasing among children, and it’s not just the pandemic causing the uptick.

According to the State of the World’s Children report published by UNICEF, more than 40% of children ages 10-19 across the globe suffer from a mental health illness. In the United States, depression among 12- to 17-year-olds has increased from 8.5% to 13.2% in the past 12 months.

The White House also reported earlier this month that emergency department visits among children with moderate to severe anxiety and depression increased in 2020. During that year, there was a 24% increase in emergency room visits for mental health reasons in children ages 5 to 11 and a more than 30% increase among 12- to 17-year-olds. Suicide, alarmingly, remains the second leading cause of death among people ages 10 to 24.

The problem has increased so much that school districts have taken advantage of House Bill 323, which provides funding to place licensed mental health therapists directly inside the schools.

“These issues have risen significantly since the onset of COVID-19. I believe these numbers are higher since many kids likely do not get diagnosed if they are not taken to a professional,” said Whitney Hebbert, clinical director of Meadowbrook Counseling of Utah and clinical director of Utah Ketamine Therapies in Provo. “In addition to the pandemic, life is much faster paced today and very competitive. This puts a lot of pressure on children to excel and be successful.”

Hebbert said many children are involved in numerous activities and don’t get enough time to just be a kid. She said another contributor to increasing anxiety and depression is the high use of electronics.

“Kids can learn so much online and can understand more at a younger age, but that doesn’t mean they can handle more in life or the big feelings they have,” she said. “Many adults tend to expect more from children when they appear to be smarter or more capable. That can also add more stress to kids.”

Hebbert added that screen time means kids are playing less outside and with parents, siblings and friends. That can have an effect on their mental and emotional health if they are not getting the social engagement they need to thrive.

Natalie Sergent, a licensed psychologist with Intermountain Primary Children’s Medical Center, said by the time she sees children for a mental illness, they are having pretty bad symptoms. She also said she has seen an increase with the pandemic, but agrees there are other combinations as well.

“A big driver is kids are now exposed to a lot more adult topics and issues than in the past,” Sergent said. “Social media and internet kids are learning about news due to online presence. They’re just exposed more and more to real world stuff.”

Not only are more children suffering from anxiety and depression, they’re suffering from other mental illnesses like obsessive compulsive disorder and bipolar disorder.

“OCD is a commonly seen disorder and it can vary widely,” Sergent said. “Some people will count and check things over and over. Other people will worry excessively and ask for reassurance.”

Other OCD symptoms include fear of contamination, a need for order and symmetry, religious obsessions, lucky and unlucky numbers, fear of harming oneself or relatives, and sexual or aggressive thoughts, Hebbert said.

Continue reading the rest at www.standard.net