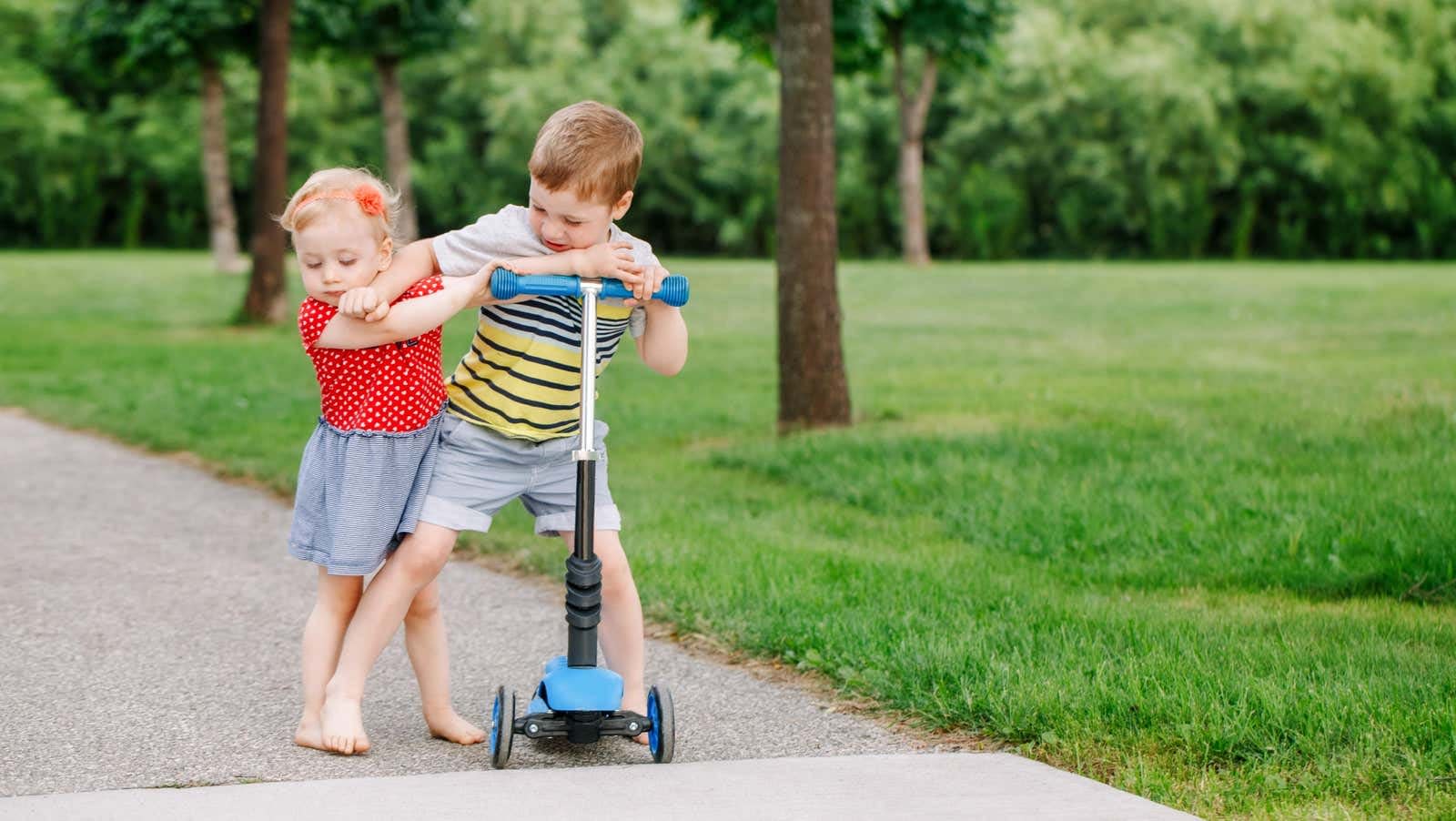 My two-year-old started crying minutes after my oldest son unwrapped his birthday presents. He wanted to play with his brother’s newest haul of toys as soon as they came out of their boxes, but his sibling firmly refused his requests. And while I was disappointed that my oldest child didn’t want to share, I couldn’t blame him either. There could be nothing more annoying to a child than being forced to give your toys away to anyone mere minutes after receiving them.

Not sharing with a friend or family member goes against everything that I learned as a child, though. If someone I knew wanted to use something I was using, I understood I should give them a turn without question. As I saw this scenario play out between my children, I asked myself, “Do kids always have to share?”

I took this question to parenting psychologist, best-selling author, and mother of four, Dr. Heather Wittenberg. She explained that instead of forcing children to share, parents should teach the behavior over time. But she admits that for many parents, that can be easier said than done.

“It’s actually more difficult than potty training because it’s lifelong,” she says. “Sharing is one of the most complex human behaviors, and many folks never get the hang of it.”

Raising young people who consider the well-being of others is one of the reasons that Wittenberg believes in teaching children to share. She offered some tips on how parents can put the practice into action.

Sharing falls under the umbrella of the essential social-emotional skills children need to learn to help manage their emotions, feel compassion toward others, and make and keep friends. And while sharing helps promote empathetic behavior in children, Wittenberg says it occasionally clashes with a child’s need to protect their boundaries. It’s a skill that parents have neglected over the centuries because it can teach children at a young age, particularly girls, that pleasing others is important.

“You can’t truly ‘force’ someone to ‘be nice’ or to care or empathize,” she explains. “You can force them to give up their boundaries and insist they share, even if it feels really wrong to them. But that teaches the wrong lesson, doesn’t it?”

Continue reading the rest at lifehacker.com