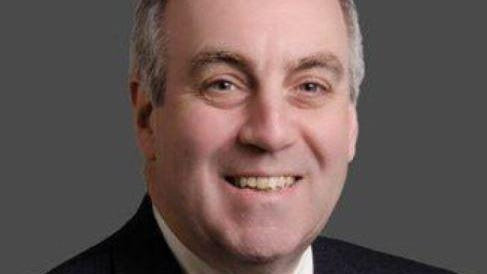 As the father of 3 girls, my children were interested in stories about “people” and interpersonal relationships. They noted that Peter Rabbit ventured alone in Mr. MacGregor’s Garden (and almost became rabbit stew) while his bunny sisters stayed together to pick blackberries. They sympathized with the toy bear Corduroy who was missing a button in the toy store and felt unwanted and unloved because of it.

While they didn’t always stay within the lines in their coloring books, my daughters had no problem using every crayon in the box, creating some very colorful and sometimes bizarre masterpieces.

Like most of their peers, my girls played with dolls and recreated interactions between them often involving feelings and emotions.

My grandsons are being raised differently. They enjoy playing with their toy trucks and excavators. Their stuffed animals are dinosaurs who fight evil monsters and dragons to save the day. Books about relationships tend to be “boring.” The pictures they draw in their coloring books tend to be done mostly in primary colors or dark shades. The pink crayon has never been touched.

In a recent guest essay in the NY Times, Ruth Whippman, the mother of three boys, suggests that the gender differences in which we raise our children may have a lot to do with the reason that men are more likely to resolve conflicts violently. This may explain the differences in suicide rates and gender percentages of mass shooters.

The toys and stories we give to boys emphasize individuality and a black and white or good versus evil mentality. There is a winner and a loser, and the winner is always “good.”

Boys learn that cooperation requires no emotional interactions other than the specialized skills of superheroes or construction toys working together. Boys don’t need to consider how the bulldozer feels about working with the backhoe.

Ms. Whippman suggests that this may be why boys are generally unprepared to deal with the complex social interactions and emotions of adult life. Stories and TV shows about the male figure (not necessarily human) vanquishing evil monsters fosters a more aggressive set of values in resolving conflicts.

Many boys learn at an early age that pink is a “girl’s color” and might emasculate them in the eyes of their peers.

In being less aware or considerate of the feelings of others, it’s much easier for men to objectify others and treat them as less human or less worthy of fairness or consideration. When that objectification is turned inward, males, especially in their teens and twenties are more vulnerable to suicidal tendencies.

Male thinking usually values the concept of choosing to do what’s “right” over how that solution affects relationships or the feelings of others.

Continue reading the rest at www.seacoastonline.com