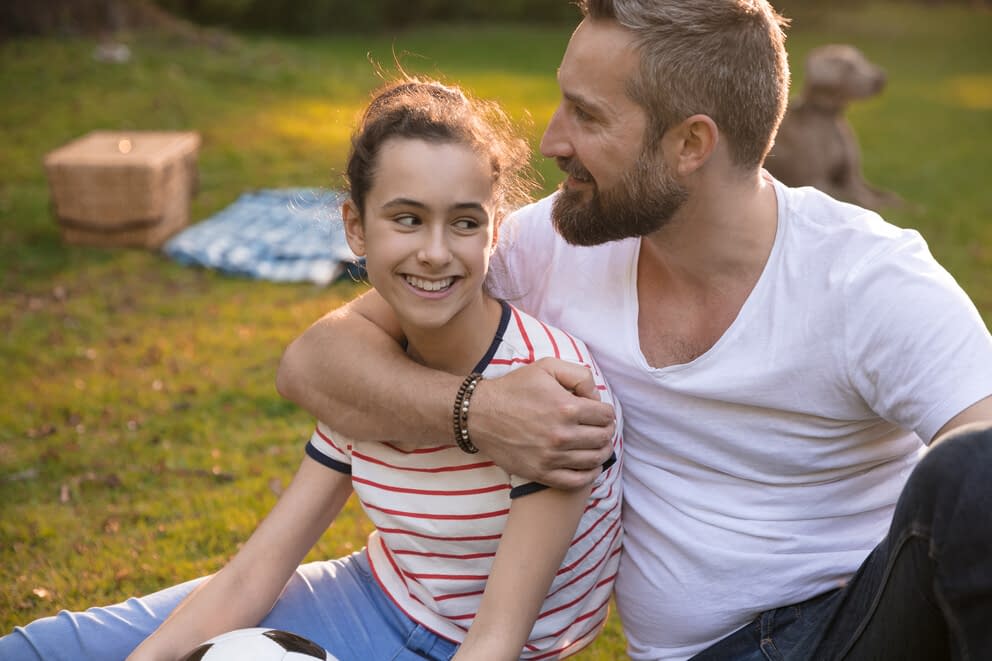 Adolescence can be an emotionally turbulent time, but new research at Penn State found that close, supportive relationships with parents — especially dads — at key points during adolescence can help stave off certain adjustment problems.

The researchers examined how emotionally close and supportive relationships with parents — referred to in the research as “parental intimacy” — in families with mothers and fathers affected their children’s self-esteem, weight concerns, and depressive symptoms at different points across adolescence.

They found that closeness with fathers had broad, positive effects across adolescence for both daughters and sons. But while close relationships with mothers also had benefits, they were more limited by their children’s age, and weren’t protective against all the adjustment issues measured in the study for both girls and boys.

Anna Hochgraf, doctoral candidate in human development and family studies, said the findings suggest that while close relationships with moms are certainly important, fathers may play an important, distinct role in fostering healthy adjustment in adolescents.

“Adolescents tend to feel emotionally closer to their mothers than to their fathers and mothers tend to have supportive conversations with their children more frequently than fathers do,” Hochgraf said. “This may make emotional closeness with fathers more salient and, in turn, protective against these common adjustment problems experienced during adolescence.”

According to the researchers, adolescence is a period of development that includes many biological, cognitive, emotional and social changes that can lead to certain adjustment issues, with weight concerns, low self-esteem, and symptoms of depression being some of the most common, especially for girls.

But, previous research has also shown that close relationships with parents have the potential to help protect against the development of some of these problems. Hochgraf said she and the other researchers wanted to explore the topic further, breaking the results down by participants’ age, gender, and relationship with each parent.

“We wanted to investigate when during the course of adolescence intimacy with mothers and fathers becomes a protective factor for body image concerns, depressive symptoms, and low self-esteem, and whether intimacy is more strongly associated with positive adjustment at some ages than at others,” Hochgraf said. “We also wanted to see if patterns differed for girls and boys.”

The researchers recruited 388 adolescents from 202 two-parent families with both fathers and mothers for the study. Data was gathered at three checkpoints when the participants were between the ages of 12 and 20, and included information on participants’ weight concerns, symptoms of depression, and self-esteem, as well as measurements of intimacy between parents and their kids.

Intimacy was measured by the participants answering questions such as how much they go to their mother or father for advice or support and how much they share inner feelings or secrets with them, to which the adolescents responded with a score ranging from one to five.

Continue reading the rest at news.psu.edu