Adolescent Brains Are Wired to Want Status and Respect: That’s an Opportunity for Teachers and Parents 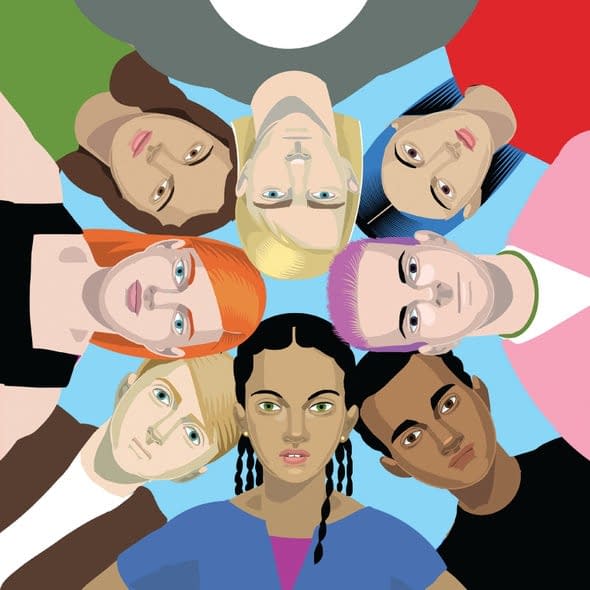 Credit: Alison Seiffer Here is a parable for our time: There once was an adult who wanted to encourage eighth graders to eat healthier food. The adult designed a lesson plan full of nutritional information—why fruit and vegetables are good for you, why junk food is bad for you, and so on. A similar approach had worked with younger children. But the eighth graders declared the intervention—and, if we’re being honest, the adult—boring. They carried on eating junk food, some of them in greater quantities than they had before.

Versions of that story play out in real life all the time, although the age of the adolescents varies, and the goal could be anything from reducing bullying or depression to increasing engagement with math. With discouraging regularity, researchers find that what works with younger children is no longer effective with adolescents. Eighth grade seems to be the inflection point.

If we thought more carefully about what it is to be an eighth grader, however, down to the level of changes in the brain, our parable could have a happier ending. Thirteen-year-olds are concerned with status and respect—these kids do not want to feel patronized by adults. In a study published in 2019 in Nature Human Behaviour, instead of nutritional information, researchers showed more than 300 eighth graders in Texas investigative reports revealing that food company executives use unhealthy ingredients, target young adolescents in their marketing, and won’t let their own children eat their products. The students were outraged and began to see healthy eating as a way of taking a stand against being manipulated. For the next three months the students made healthier snack purchases in the cafeteria. And in a follow-up study, the researchers found that the students, especially boys, with higher levels of testosterone (a marker of pubertal maturation in both boys and girls) were most likely to respond well to the intervention. Advertisement Over the past 15 years neuroscience has dramatically changed our understanding of the structural and functional changes in the brain during adolescence, which runs from around the age of 10 all the way into the mid-20s. It is a time of rapid brain growth and neuronal fine-tuning when young people are especially sensitive to social cues and rewards. More recent research has focused on how the adolescent brain interacts with the social environment. It shows that social context and acceptance strongly influence behavior. Adolescence might even constitute a sensitive period for social and emotional learning, a window of time when the brain is uniquely primed by neurochemical changes to make use of social cues for learning.

A growing group of researchers and clinicians see these neuroscientific findings as a chance to do things differently. When a […]

Continue reading the rest at www.scientificamerican.com